Enjoy this sneak peek at behind-the-scenes of one of our Winning At Love shooting days!

Our location was the spectacular Ambassador Auditorium in Pasadena, California. This jewel has been called the Carnegie Hall of the West and is home to Harvest Rock Church (Harvest Rock) and also host to many national and international concerts and conferences.

The Ambassador has also been used in the film “Dream Girls”, and several TV series such as “24”, “Mad Men” and “Scandal”, among others.

Because the lobby is flanked by three stories of floor to ceiling glass, we began our shoot day in September at 5 a.m. to avoid the heat of the afternoon sun. A TV or film set gets warm anyway because of the hot lights, so it was important to take advantage of the coolest hours.

Working extra fast was challenging, especially for Marion MacKenzie Pyle, our series host, who had nine wardrobe changes and had to always look crisp, cool and ready! All day long she and our makeup artist had to dash between the ground floor dressing room and the mezzanine level where our cameras and production team were. It kept her breathless, but energized throughout the long day!

Our shoot ended at 3 p.m., and it was definitely hot by then, but we had an awesome team and the shoot was a great success.

Enjoy a few of our pix! 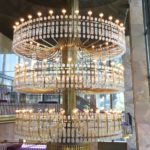 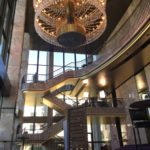 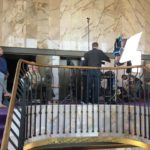 Shooting on the mezzanine 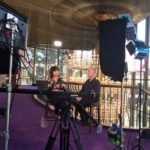 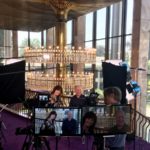 Fun part of our story 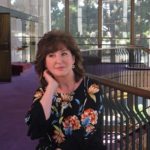 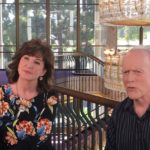 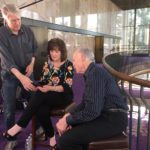 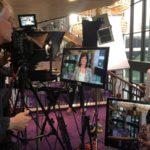 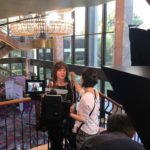 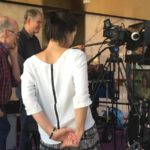 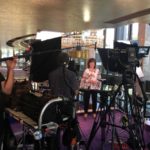 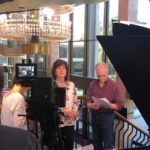 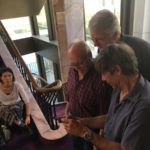 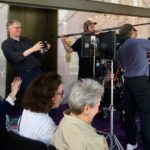 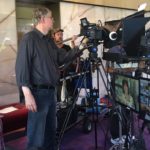 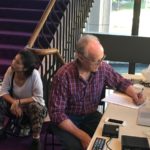 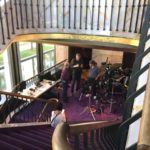 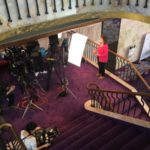 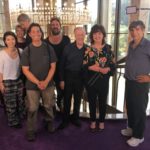