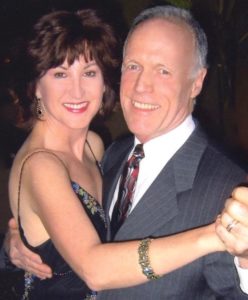 Russell and Marion Pyle are co-founders of Legacy Media Lab, a full service media production company in Southern California (Legacy Media Lab). By combining their unique talents in storytelling, they specialize in award-winning media projects that uplift, equip and inspire across a variety of platforms.

Marion Pyle (IMDB Profile) is an award-winning writer, producer, director, and TV host, with expertise in television, journalism and public relations. Her pioneering work has been honored with multiple Telly, PRSA, PRisms, and Clio Awards. As an actress, author and playwright she has worked in theatre, film and television both in the U.S. and Australia. She is an active member of the Producers Guild of America (PGA.org).

Russell Pyle is a distinguished producer, editor, and set and lighting designer with expertise that spans theatre, television, theme parks, opera, museums, dance recitals, and fashion shows. He’s a recipient of multiple Los Angeles Drama Critics Circle awards, a Dramalogue Award for directing, and is listed in “Who’s Who in American Theatre” and “Who’s Who in California.”