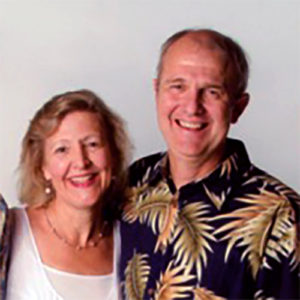 Jim Covell is a successful film and television composer and his musical scores have been heard around the world.

Jim grew up in a Christian home and found his passion for God and music early in life. As a youth, he taught himself guitar, loved musicals, and also sang with a group that ministered all over the U.S. and Europe. Then, feeling called to the entertainment industry, he pursued Music Composition at the University of Southern California.

It was here that he met Karen, a fellow student from the Theatre Department who found him so talented and funny, she hired him as musical director for all of her shows. Though just collaborators at first, Jim dreamed of offering Karen a ‘different’ kind of long term kind of contract. But the negotiations were full of many unexpected twists and turns, before they finally realized God had a purpose for them a team, a purpose that would one day make them one of the most influential couples in the faith and media community in Hollywood.

With an entrepreneur for a father and interior designer for a mother, it was natural that Karen would pursue a career in the creative arts. Home life with her three siblings was a whirlwind of piano, dance and acting classes, along with excursions to the ballets, concerts and plays.

Karen moved from Chicago to Los Angeles to pursue a career in Theatre Producing. Though raised a Catholic, she became born again in her freshman year at the University of Southern California. It was there that she met a fellow student named Jim whose talents helped make all her theatre productions really shine. Jim was also interested in expanding Karen’s horizons in other, more personal ways, but at the time, that was the very last thing on her mind.

Over the years, their friendship deepened. However, the romantic feelings that budded for Jim, caught Karen so completely by surprise, they tested the friendship, her career plans, and even her faith. How these two negotiated the rapids of their relationship without capsizing is a wildly amusing tale that they tell best.